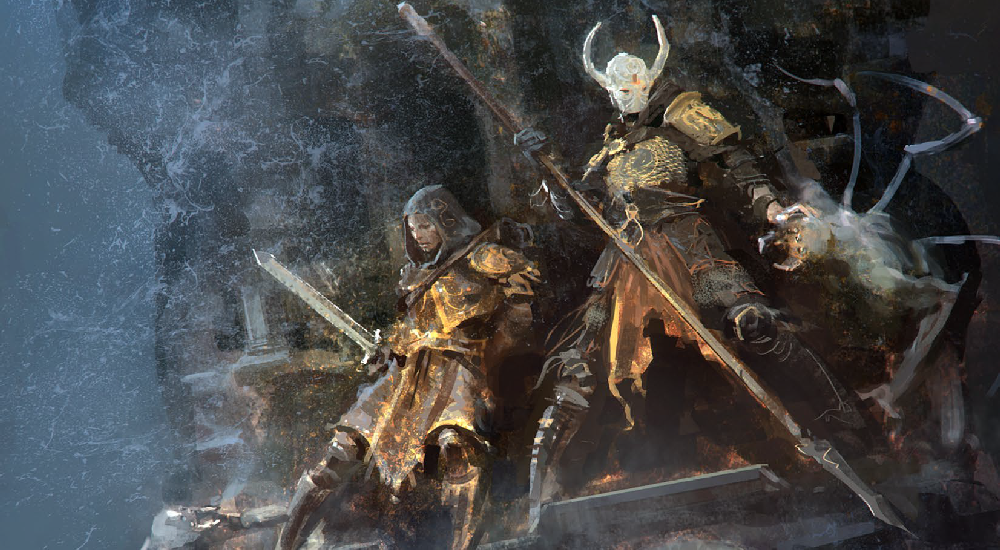 Here’s the one we’ve all been waiting for! The Swedish version of the Symbaroum Monster Codex has started rolling out to backers, and since I did one of these for Yndaros: the Darkest Star, I figure it’s only fair that I give an overview of what to expect in the Monster Codex when it becomes available to our international friends.

One of the first things you may notice when you crack open the covers is that the book includes contributions from some names you may recognize. Paul Baldowski of TheIronPact.com has contributed some material, as has yours truly! This is my first official contributor credit in a roleplaying book so I’m very excited to see my material in print. I’ll delve into some detail further down.

The book is split into three sections.

Section I: The Forces of Darkness

This is the meat of the book. It spans some 104 pages with gorgeous spreads detailing 27 new species of enemies or ambient threats. This includes about 5-7 new cultural beings or new types of previous beings. For the most part, these cultural beings represent threats that lurk in the darkest parts of the forest, or entities that integrate into the existing world order without shattering immersion. The shapeshifting Bestiaals and the enigmatic Neferani in particular have my fingers itching to run the game again for their dramatic potential.

Each entry is presented with a wealth of flavour text, in-world witness accounts, and several short suggestions for how to feature them as the centerpieces of new adventures. A few have featured in previous adventures (the Lurker from Curse of the River Princess has its own entry) and some have been mentioned before (The sinister origins of the Colossi are finally revealed, the setting’s Giant Toads are explored, and the camouflaged Marlit is exposed), but for the most part the section presents entirely new dangers that injects a tremendous deal of potential into the game.

Not all of the entries are creatures. There are two separate entries that detail several different hazardous elemental terrain types and blighted natural phenomena. There are also two examples of ravenous plant life (and even more in Section II) and two species of horrifying insects that should serve to remind an unwary party that the forest of Davokar itself is out to punish those who violate it.

This dense section consists of about 30 pages of statblocks for 88 NPCs and monsters. This part of the book collects most of the new monsters and NPCs that have been featured in previous published adventures, such as the tribal goblins in Tomb of Dying Dreams and the Vearons in Thistle Hold: Wrath of the Warden.

The Monsters are divided by biome into Mountains (Mountain Trolls, Mountain Goats, Wraith Owls, Stone Hogs, Kotkas, and other snowy hazards), Light Davokar (Beamons, Lightning Bugs, Hornets, Daraks, Kelders, Jakaars, and other beasts), Dark Davokar (Blood Cats, Great Spiders, Hunger Wolves, Fighting Spiders, Deadly Thorns, Wraiths, and other stuff that is horrifying but not quite as horrifying as the things in Section I), Lakes and Rivers (Garougs, Vapayans, and other slimy crawlies), and the Underworld (Cave Rays, Acid Worms, Pale Crawlers, Gigantic Bats, and other Fun Stuff).

I contributed about half of this section, so let me know what you think of these fiends! After the book is published, I may revisit some of the monsters I wrote up for this section and give suggestions for scenes and adventures to show them off.

This section presents 37 new Monstrous Traits! Many of these are collected from previously published adventures, but many more are totally new and featured across the previous two sections to make up the unique properties of the new monsters and adversaries. The Core Rulebook has 19 Monstrous Traits, just to put this into perspective. This is a huge expansion to the variety of enemies you can build as a Symbaroum GM. This section also details the two new categories of adversaries that the book introduces: Flora (hostile plant life) and Phenomena (thing such as hostile terrain and other nebulous threats).

Included in the Monstrous Traits section is also a page with rules for sickness and contagion, since the section features design that allows monsters to infect victims with long-lasting maladies.

Section III then concludes with three smaller sections at 4 pages each. The first gives suggestions for the steps to go through for creating your own monsters, the second represents Järnringen’s suggested Balanced Resistance guidelines (previously available as a stretch goal reward from the Witch Hammer Kickstarter, I believe), and finally a few pages of ideas for running adventures focused on monster hunting.

The book then wraps up with a return of the wonderful Andrik (originally published as an April Fools joke for the Swedish audience, referencing the playable duck race in RuneQuest and Drakar och Demoner).

The Andrik has Järnringens disclaimer that it’s mostly intended as a joke, but personally I think they fit in just fine when you need a little bit of levity to the band of trolls holding up your players…